At The Market With
Jimmy 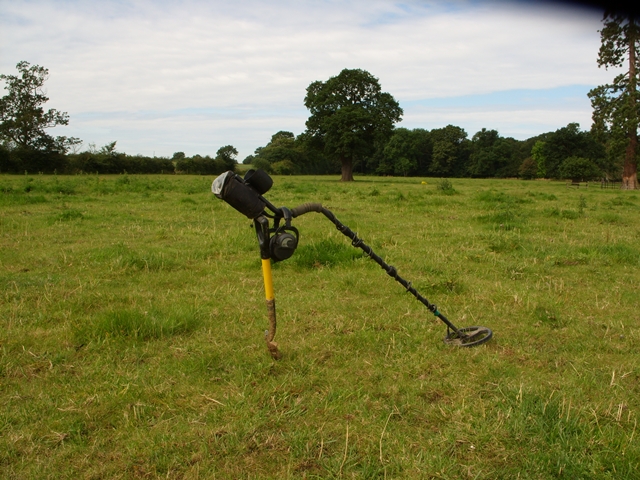 I met Jimmy at my first  RallyUK dig in September 2010. When I had just started metal detecting. He was using a Garrett Ace 250 and I was using an ancient Viking 7, and we became good friends and  since that day Jimmy has often been kind enough to take me out on his permissions. Today we headed to his 'Market' site. Jimmy calls it his market site as he has had so many coinage of various ages from it. It is a large pasture field of around 20 acres and today it was a joy to dig, what with the rain Essex has had lately, the ground was nice and soft to dig.

I met up with Jimmy at about 7:30 AM and by the time we had got to the site it was 8 o'clock. After a quick natter we made our way to the field which is surrounded by beautiful old trees. These trees are so huge it would take ten of me just to get my arms around them.

My luck was in today in a big way. After about half an hour of wandering around my GMP gave me a really nice signal. I was expecting it to be another bullet case as the site was littered with them and I had already dug up 4 to my name. But I was in for a big surprise when i removed some of the mud from the hole. Because there, sitting in the clod was Queen Elizabeth staring up at me. 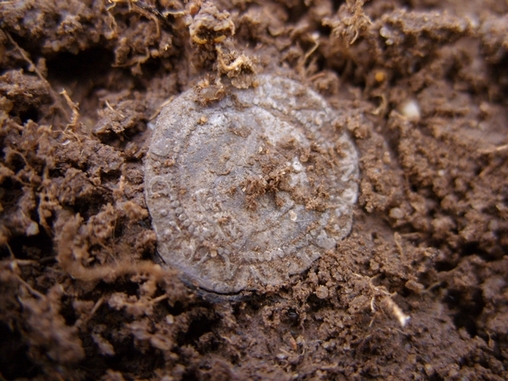 I couldn't believe my eyes, and quickly shouted over to Jimmy who was only a few feet away. My first ever 'Lizzy' penny, and what a cracker it is too. Its a Queen Elizabeth 1st Penny, minted in London between 1582-1584, which you can tell by the 'A' Mint-mark.

I was over the moon at this stage, and my day was made a good one in such a short space of time.

After the excitement, we picked up our machines and made our start once again. Jimmy's Deus was finding him a lot of lead and musket balls. I always like finding lead on a site as you know that there has been activity on it. As I mentioned earlier, the site is littered with empty bullet shells, these casings give such a good signal, that you have to dig them. After about an hour of finding empty shells and lead dross, along with the other routine finds, I found a nice condition Georgian copper and another Musket ball.

Jimmy said that he wanted to head over to the other part of the pasture field, which was separated by an electric fence. We crossed over the fence and re-stared our search once again. Soon as we got into the newer section, my Goldmaxx was picking up more iron signals, and Jimmy told me that the owner of the land had told him that here once stood a Medieval Manor House which had burnt down in the 17th Century. The lay of the land had lumps and bumps here and there, and this is where Jimmy believed that they had moved the rubble of the old house. Within 10 minuets of searching in this section, my Goldmaxx gave me a good signal, but the good signal was quickly followed by an iron one. Normally I wouldn't dig such signals, but because the 'good' tone was so good, I thought maybe it could be a good target above a bad one. So dig I did and this is where may day turned from a great one into an excellent one. 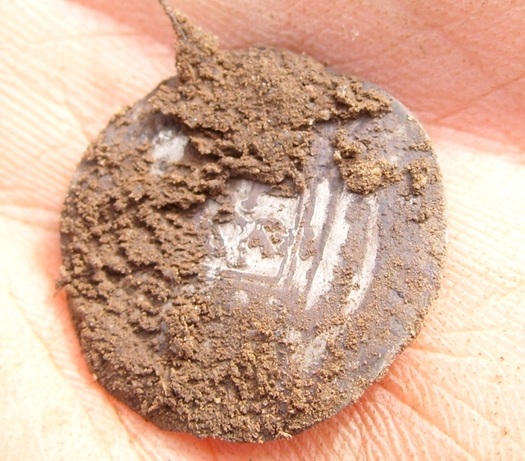 A Scottish Quarter Thistle Merk of  James the VI of Scotland

The coin is a tad worn but you can make out a Crowned Thistle on one side and a Crowned shield on the other. With a Rampant Lion inside the shield.
Quarter Thistle Merk after Gentle Cleaning 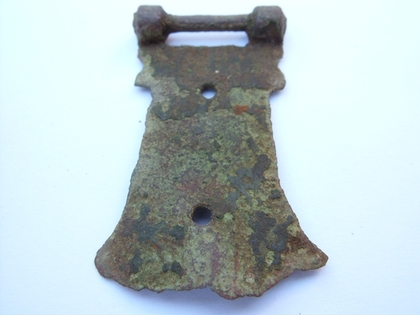 The Scottish Hammered was to be my last coin find of the day. But I was very lucky to find some nice Artefacts throughout the day too.

One of my favourites being this small Medieval book clasp.
And here is a set of broken nut crackers. I just love the decoration on these and the photos do not do it justice. 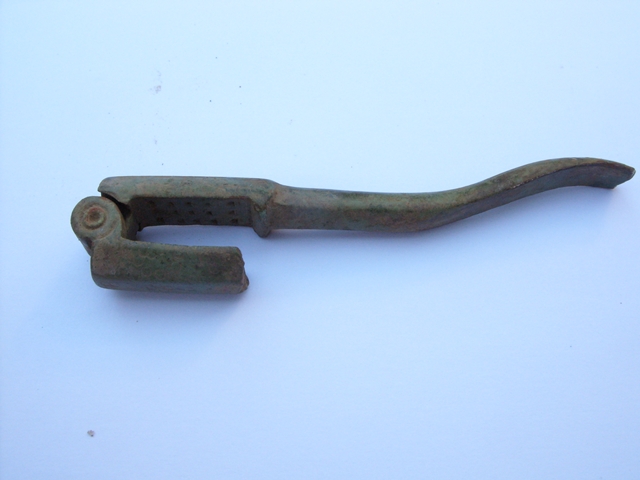 Thanks for a great day

So that's my lot from a great Morning out with great company. I would like to thank Jimmy for being kind enough to take me to such a special site.

Here are some more pictures of my finds and from the day. I hope you enjoy reading this and looking at the pictures 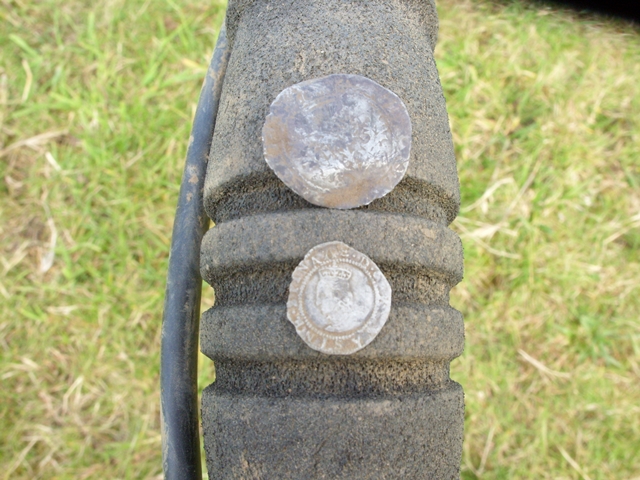 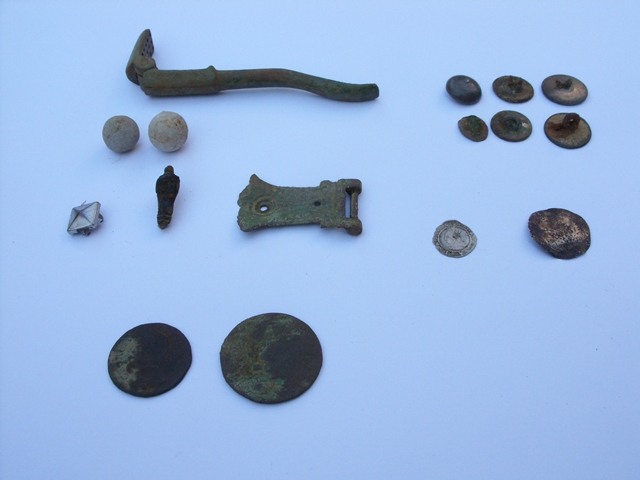