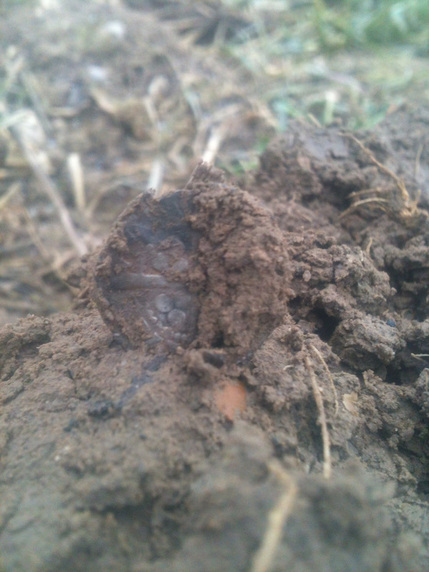 The weather had taken a real turn for the worse and the temperature had dropped very low in the mornings. I had decided the previous night that I would head out early and make a day of it on my own permission.

I woke up early on a Sunday morning for a change and sharply got ready to head off. By the time I had arrived at the site and got my self ready for the cold day ahead the time was 07:30. With two pairs of socks on and my thermal lined wellies I set off onto a nice flat field. My first find of note was a nice little buckle. 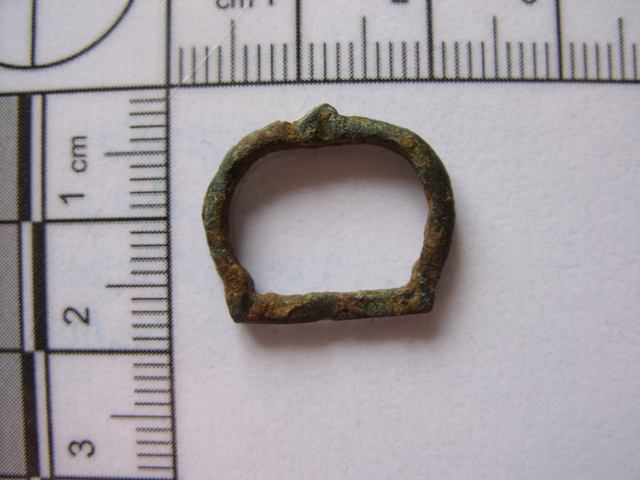 The ground was covered in frost but the digging was nice and easy and on the plus side I wasn't getting too muddy. I had only been in the field for 20 minuets or so, but I was already getting very cold hands and feet. I kept moving to try and keep warm but after an hour, I was getting a bit too cold for my liking.


I was getting the usual copper coins, and small buttons that always seem to come up, plus the common scrap bits of lead, when the GMP gave off another great signal. I was expecting it to be another button or a bit of dross when I saw the familiar grey disc that makes the heart skip a beat. YES!!! A hammy!!

I quickly took a clod shot with my camera phone, with very cold fingers, and set about getting a good look at the coin. I expected it was a Edward, but I didn't have a clue as to which Edward it would be. One for the forum experts.

I popped the coin into my box for safe keeping and decided on having another half an hour and then set off for home.

Ten minutes later and I was digging a rather scratchy signal. This time I was sure it was going to be a bit of scrap of some kind. After the first spade full the find was still in the ground. I dug down gently some more and still the target was in the ground. I got the pro pointer out and scanned around the edge of the hole and bingo!

I carefully dug out the area in question and set about separating the small clod. As I broke it down I saw a glimmer of Gold! I slowly wiped the mud off and there was a design in gold in my hand. What is this I thought.

I first thought it was a pendent or maybe part of an earring. The back was silver but the front gold, is this silver gilt I was thinking.

By now I couldnt feel my hands or feet. Iv done well I told my self and decided to head home and get the finds posted up on the net for a positive ID.

With the finds cleaned up I posted them on BMD and Rogers Relics, my two favourite sites to see if I could get and ID. Within ten minuets I was told it was a Tudor Dress Fastener. WOW
The hammy is a Canterbury mint Edward the 1st. What a couple of hours well spent! 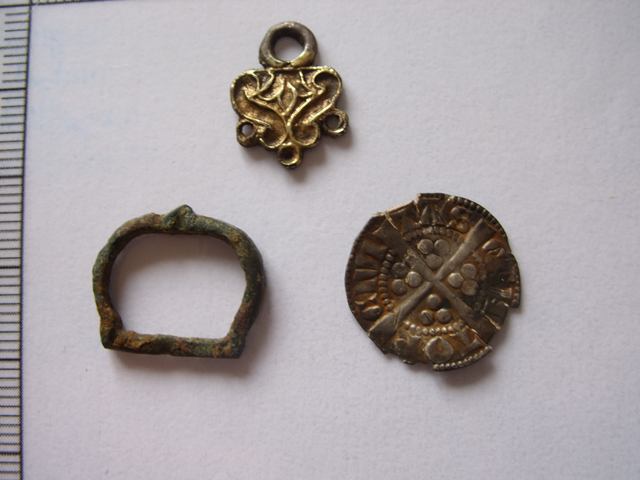