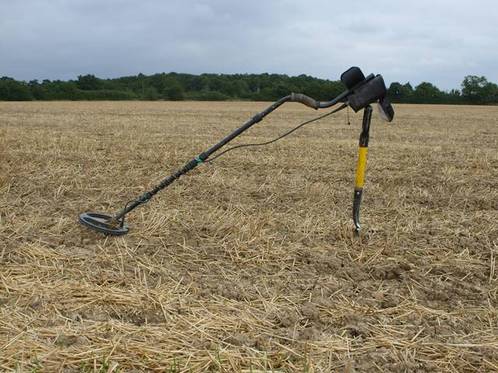 Only a short one!

Today I decided to take a quick visit to my permission as the majority of the crops are now out and I want to get as much time on the fields as possible before the new crops are in. I got to the site at 11:30 and by the time I arrived at my chosen field and started swing the bleepy stick it was close to mid-day.

After all the luck I have had over the last couple of months I really wasn't expecting anything too nice to pop up. Although I kept thinking to myself 'I would love to get a hammered or something really nice', but I find that if I set out thinking 'Hammered, Hammered, Hammered'. Then Lady Luck tends to ignore my prays lol. So I have now learned to just get out there swinging, and if anything nice does come my way, then happy days, and if not, well there are always other days!

But as I was saying, I have been on an extraordinarily good run the last few months, especially by my usual standards and usually as detecting goes, they don't always last.

But after just 15 minuets of detecting, my good run continued. I was on one of my favourite fields and the crop had been cut and the stubble was nice and short. The only setback with this site is the amount of coke it holds. And as I have mentioned before, the machine I am using (The GMP) has a tendency to give a good signal for it. This can be quite tiresome after digging a good signal only to find it is a lump of coke! Time and time again. There are slight differences in the tones, and I am slowly getting there by hearing the differences, but as the machine has an Auto setting which knocks out the coke, I decided to click into that.
My only worry with this is, I'm not sure if this reduces the machines capability to pick up the really tiny targets. I thought that as I am only here for a couple of hours I would make life a little easier and use the Auto function. 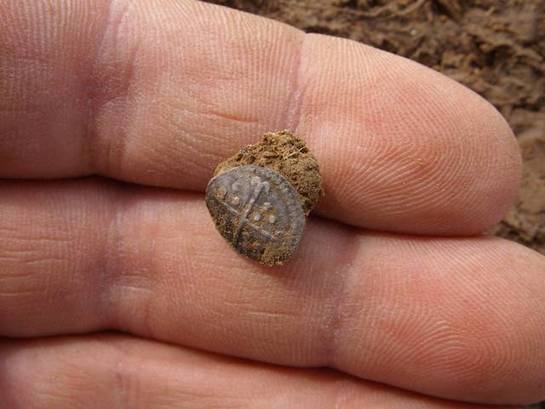 The signal was a bit scratchy, as it was a good 5 inches down and once I had got the target to the surface the signal became much clearer. I had narrowed the find down to a clump of mud about the size of my hand, I slowly broke the clod in half and check if I was still holding the find. I find it weird how most of the time, your find always tends to be in the very last bit of clod that you are holding, and this time I was down to the last tiny piece of clod and as I slowly and carefully broke it down I saw the edge of a very thin hammered coin!
With my heart pumping with excitement, I wiped away the mud to to see the cross. I noticed how the ends of the cross spilt and thought that this was a different to my normal long cross finds. I quickly got my camera and took a couple of clod shots and then slowly wiped the rest of the mud off, and to my surprise, instead of seeing the usual Monarchs head, I saw a what looked like a gate!
Instantly I thought to myself that this is my best coin find to date. And how the detecting god was shining on me. Another hammered coin, and what a great one too!

I had an inkling that this was a Lizzy coin but I wasn't 100% sure. I couldn't wait until I got home and uploaded the find on-line to get an ID, I done the next best thing and phoned up my mate QM.
As soon as I had described the gate, he told me that it was a Lizzy, it was a Lizzy halfpenny. I asked him what the little hand meant above the gate and he replied by telling me it was the mint mark, and after a quick look in his book he ID'ed it to be minted between 1590-1592. The gate is actually called a portcullis.

After all my excitement, and I had calmed down, I started swinging again. Even though I had only been at it for half an hour now, I would of been happy to go home then! I decided I would carry on for another couple of hours and then make my way home. Within 5 minuets of finding the Lizzy halfpenny, my next find turned out to be a plain 4 hole button.
At this point I was thinking that my day wouldn't get any better but how wrong could I be. After 20 minuets of finding the hammered my next find was another one!!
Once I had pinpointed the find I dug down a small amount and flicked out the clod. And there on the top of the clod I could see a half circle shape. Surely not, I was thinking, It cant be,..... But it was, it was a Henry III Cut Half.

Two Half Pennies within half and hour!!
I decided I would carry on for another hour or so and then make my way home. The rest of my finds was mainly buttons and lead. But what a couple of hours that was, if only all detecting sessions was like that lol.

But then we would get bored, HA

Once home and after cleaning my coins, I popped them on-line to get an ID on the Cut Half and this is the information kindly provided by QM 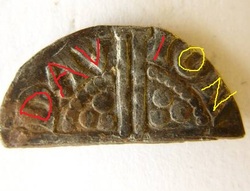 The moneyer is DAVI and it would have been a London mint and also a Class 5 coin. The Legend would have read DAV/ION/LVN/DEN
Here are the coins after a gentle clean. I am so happy with the recent finds I have been lucky enough to make lately. And I hope that my good run will continue for a little while yet,

As always, many thanks for taking the time to read this, good luck out there and
Happy Hunting 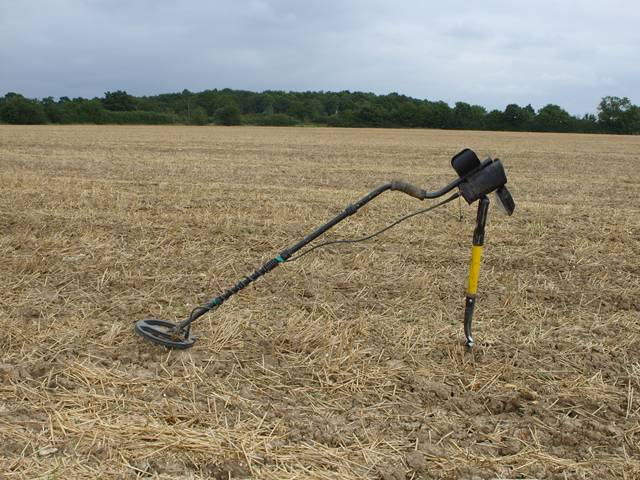